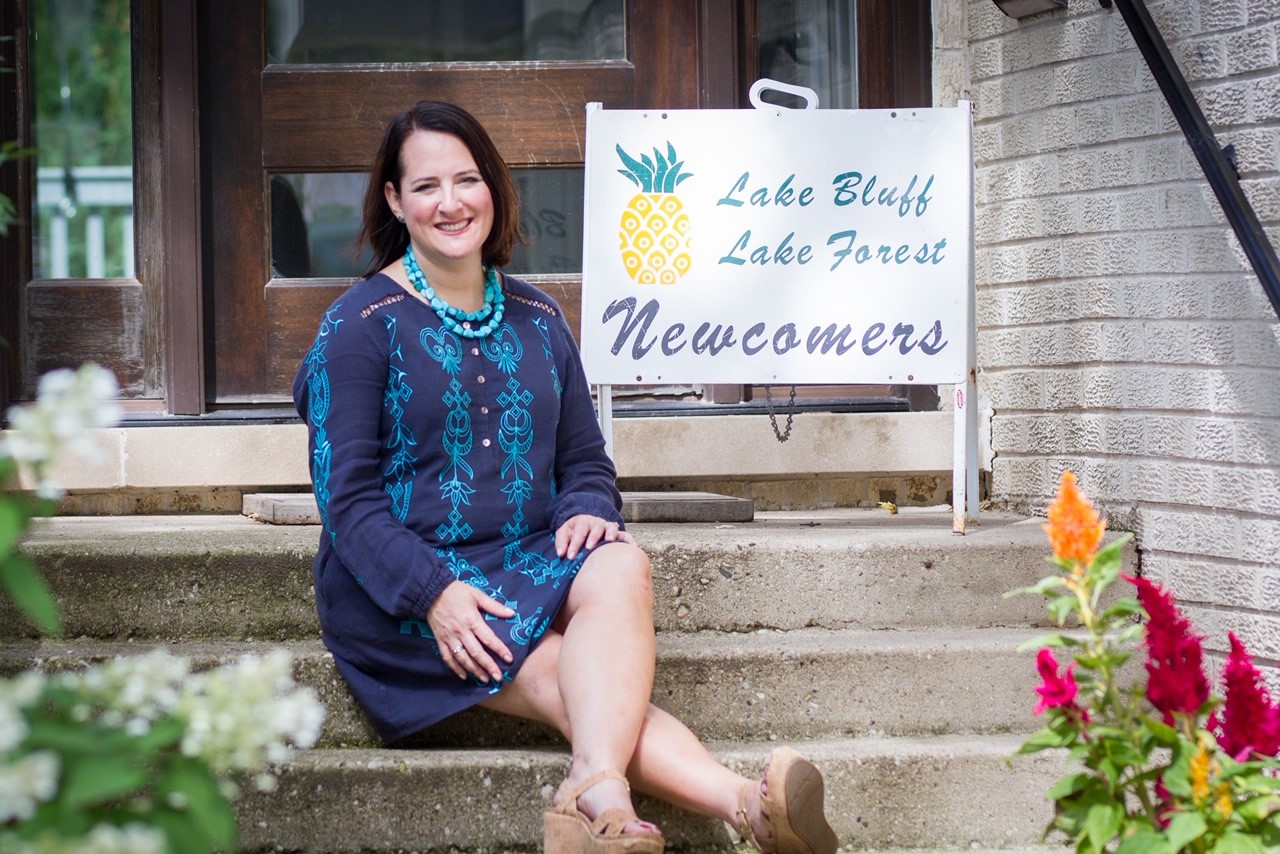 The Newcomers Club of Lake Bluff & Lake Forest has been welcoming families to our communities since the 1950’s. Learn more about this amazing group from current President, Michelle Hirschfield.

Lake Forest/Lake Bluff Chamber of Commerce: What is the Newcomers Club and what was your inspiration for getting involved?
Michelle Hirschfield: Newcomers is a social club dedicated solely to welcoming people to Lake Forest and Lake Bluff and making them feel like they're part of this community right away. The Club was established in the 1950s. I assume it was started for the same reason that it still exists today-  which was to make people new to the area who feel comfortable and warmly welcomed.

We lived in Lake Forest for a few months, and frankly when I first heard about Newcomers, I didn’t think it sounded like something I wanted to be a part of it. I thought it sounded like it would be a support group, and I just I couldn't see the value in it.  But everywhere I went, someone else told me to join. I’d be at the grocery store, at the kids’ school…It didn't matter where I went, someone would tell me I should join Newcomers. So, I decided to join, and I’m so happy I did. It's a fun club. It makes a new town feel like home immediately, and my entire social calendar was laid out for me as soon as I joined. It truly just jump-started our life here in ways that I never could have anticipated.

LFLBC: What is one thing you want people to know about Newcomers?
MH: This kind of organization is somewhat unique. This is the only place that I've ever lived, and I think one of a few places that has a Newcomer's Club. It’s pretty rare. We are the only Newcomers Club in the North Shore. I think it is a tremendous asset to the community. We’re just a social club--there is no fundraising, no tie to charity. The only work we do is friend-raising- just the work of having fun and getting to know people. I have met so many people who I never would have met in any other circumstance--we don't have kids in common; we don't have jobs in common--and these are some of the people who have meant the most to me in my time here.

LFLBC: What is the vision for Newcomers?
MH: When I started my year as president, the first thing I said is, ’I don't want to do anything different.’ I want to keep it exactly as it's been since the 1950s because the format works. Residents of Lake Forest and Lake Bluff who have moved here in the past 18 months can join. Members can be in the Club for up to five years. Many people stay in the club year after year because like me, they’re still meeting great people and they're still having fun. Other people feel like they just need a year or two in the Club to meet their crew and that's enough for them.

LFLBC: What has been the Newcomers Club’s greatest initiative?
MH: Newcomers has something for everyone. So, if you have little kids, there's a mom and tots group; if you want to play bunco, there a group for that. Tennis, yoga, hiking…whatever you like or wherever your interest lie, there is something for you. To me that is the greatest success, because as a group we are very diverse. There is a large International Group within Newcomers. I have no idea what it's like to move here from a foreign country, but for those who have, to be surrounded by people who are also from abroad must bring them tremendous comfort and kinship. I can't be a part of that group because I moved here from Texas- not a foreign country even if it feels a little like one, but I think the the International Connections group has the best time of all!

LFLBC: What local businesses do you work with?
MH: We host a lot of activities at various locations around Lake Forest and Lake Bluff. We have monthly luncheons at restaurants like Market House and Maevery, the first Friday of every month we have happy hour at a different bar such as Lake Bluff Brewery and Chief’s, we’ve hosted paddle parties at local clubs. We've had shopping parties. We've had holiday parties at different places. In addition to getting to know other new families, we also like to get to know the people in the businesses in Lake Forest and Lake Bluff.

LFLBC: Is there anything else you’d like to add?
MH: If you are new to town and you’re interested in making new friends, come to a coffee and join us. It’s pretty simple, and you’ll find that it’s a lot of fun.