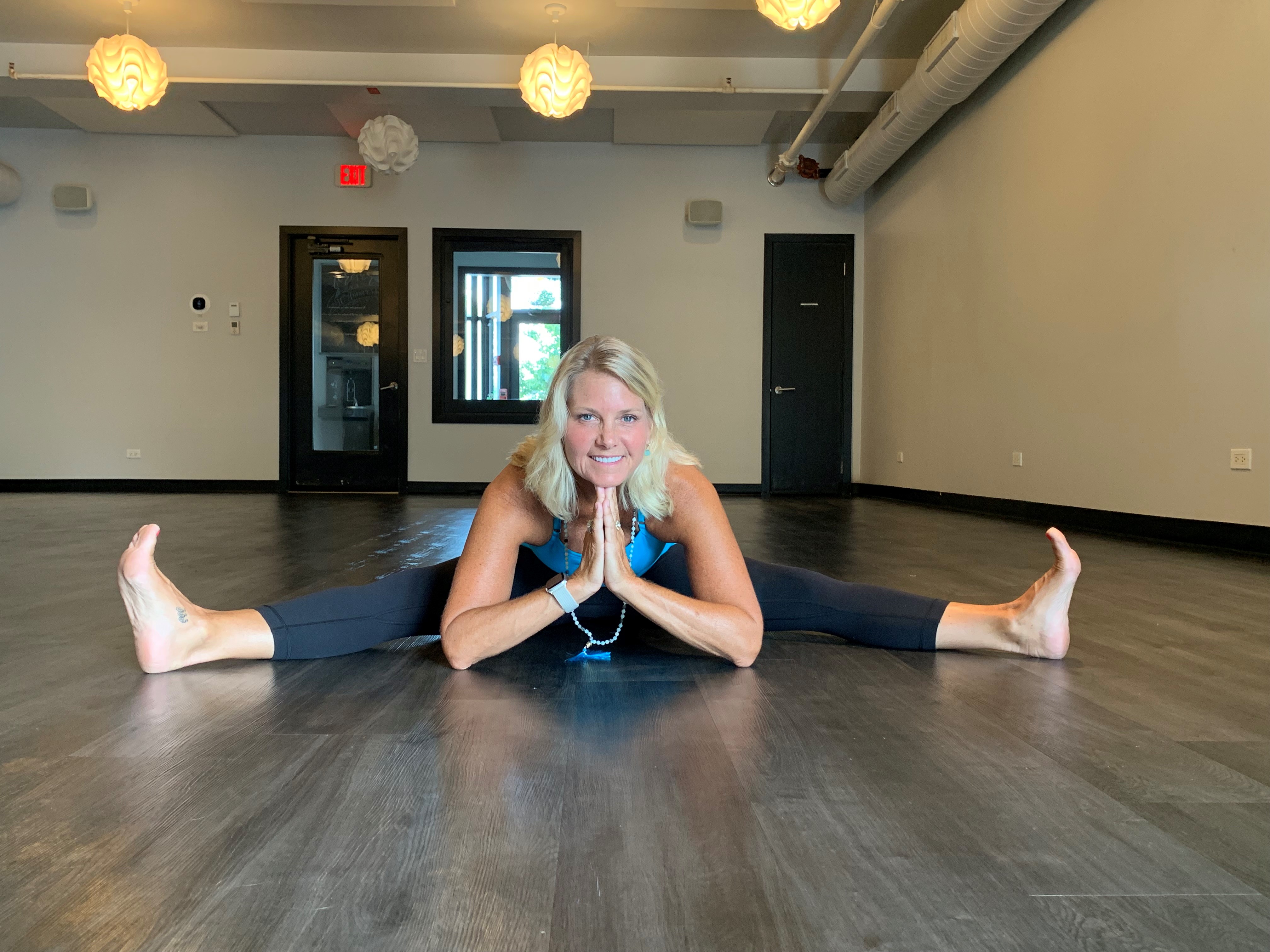 Forever Om provides a joyful, welcoming space for everyone of all levels of yoga practice.

Lake Forest/Lake Bluff Chamber of Commerce: What was your inspiration behind starting Forever Om?
Cilla Stoll: I grew up in this area and I was traveling half an hour or more to go to another yoga studio and I just thought it was nuts that we didn't have something here. Yoga had cured me of a bunch of injuries and I just felt really strongly that we needed something in Lake Forest. I’ve been practicing for only about seven years, and then when I decided to open the studio, I went through teacher training just so that I had both business and yoga backgrounds. Once I opened [in 2009] I realized I had to start teaching to fill my schedule.

LFLBC: What has been your greatest business initiative?

CS: It was actually doing things the way that I felt was right, not just doing something the way that other people did. And just having faith that it was going to work for me. A lot of [businesses] want to try and please everybody. [Customers] want hot yoga, not hot yoga, prenatal, kids yoga…we have some of those programs, but our primary focus is hot power Vinyasa.

LFLBC: What is your business vision?
CS:  For many years. I thought I would just open [studios] everywhere, but it's difficult because my business is people. So, in order to expand I need to have a staff [in new locations] who fits the brand. I want to stay true to what our quality is, and until somebody [on my staff] wants to move to another city, I'm just going to stay local.

LFLBC: What is one thing you want people to know about Forever Om Yoga?
CS:  That it's not all physical. Physical is a vehicle to get to the spiritual. Our whole purpose is meditation--but that's not what people initially come for. People come in for the physical aspect and get physically fit, which is definitely a big part of it, but everything we do in class is really a vehicle to get you into moving meditation. So you can reduce your stress, reduce your cortisol levels and you will become happier.

LFLBC: Which other local businesses do you work with?

CS: Oh, there are so many. We love Kiddles. We've done ‘Yoga under the Stars’ with them every fall and summer because we want to support local businesses.  We love bringing people together, and we’re all about community. People come in here and they feel like they're part of the community.

LFLBC: How do you give back to the community?
CS: We really donate a lot of money to different causes. One of our teachers does a donation-based class for people with breast cancer. Also, we are donating a portion of our memberships to Farmers Footprint which is an initiative of regenerating the soil so that farmers have more productive crops.

I had breast cancer and I went plant-based as part of my recovery. We’ve also been very involved with Erika's Lighthouse.

LFLBC: Is there anything else you’d like to add?
CS: There's a misconception that yoga is scary, and that you have to be really flexible, and you have to be good. The whole reason I opened the studio was so that everybody could come and feel comfortable --whether they were new to yoga or had been practicing for many years. So, if you go into the room, there's always someone who's practicing for the first time, and then there's also somebody who's been practicing for many years. So, our whole philosophy is freedom to be who you are in the room as well as outside of the room.