Member Spotlight- Offshore Marine & Paddling Warehouse
LF/LB Chamber: Tell us about your business?
Matt O’Brien, Owner:  Offshore Marine & Paddling Warehouse: OffShore started business in 1979 with a location in the Wrigleyville neighborhood in Chicago. Fritz Hanselman started the business, and was focused on selling sailing hardware, inflatable boats, and windsurfing gear. He opened a second location in a mall in Vernon Hills in the late 80s, and when windsurfing started fading in the 90s, it was easy to pivot to canoes and kayaks, which were having a boom about the same time. By the late 00s, Offshore was doing everything out of the Vernon Hills location, but had outgrown what it could do in a mall location, so when our lease ran out, Fritz looked for a non-traditional retail spot that would give us more space   In 2010, the business relocated to Lake Bluff in an industrial area just off Rt 176, the space we currently occupy today, with 3600 sq feet of store space, and another 3,000 sq feet of warehouse space just down the road.
I started working for Offshore part-time when I was in my 20s, and just getting my career in theatre production off the ground, but ended up liking the business enough to keep a hand in as seasonal help even after I was making a full-time living in the arts. Fritz was ready to retire a few years ago, and approached me to see if I was interested in taking over the shop. Looking at the nature of my theatre producing business, Offshore made sense as a complimentary industry, both in terms of time and cash flow, so we took the keys to the store in 2016.
When COVID lockdowns hit in March of 2020 hit, there were definite concerns that the business outlook would be grim. Some big box retailers assumed that the lockdowns would mean there would be no demand for kayaks, so they cancelled their orders with suppliers. But as we know, the exact opposite was true, and starting mid-March, the phone started to ring off the hook and hasn’t stopped since. That summer, we would get a truckload of boats on a Friday morning and sell out by the end of the weekend. Things calmed down from a frenzy to a healthy roar last summer, and have stayed at that level going into 2022, so we’re fairly confident about the outlook for the outdoors industry this summer.
LF/LB: What is the one thing you want people to know about OffShore Marine and Paddling Warehouse?
MO: We’re the only specialty retailer in the Chicago market for what we sell, and take the responsibility that comes with that position seriously. When someone calls us or stops by the store, we’re going to listen more than talk - until we have an idea of what they really want to be able to do, at which point, we can start making recommendations. We stock over 110 models of kayaks, 50 models of canoes, 20 models of paddle boards, and 30 models of inflatable boats, so will most likely have something to fit a customer’s aspirations and budget. We realize the purchase can be a lifetime investment and we want to make sure it fits with your lifestyle needs and can grow with the customer as their skills develop.
LF/LB Chamber: Can you tell us more about your product offerings and what is the difference between a kayak and a canoe?
MO: An easy way to think of it is that a canoe is something you use when you have a lot of gear or want to have several people - or a pet - with you, and you aren’t in a hurry to get to your destination. If you want to cover distance, and have minimal gear, then a kayak will get you there much faster. Also worth noting that canoes, in the Chicago area, are going to be most at home on local rivers and lakes, where Lake Michigan is going to be much more welcoming for someone with the right kind of kayak and the skills and equipment to use it safely. The rigid hull inflatable boats we sell are primarily being used on the Lake, either as small runabouts or as tenders for larger boats in local harbors.
LF/LB: What was your inspiration to get involved in this business originally?
MO: I grew up in the area, and learned to sail on my family’s sailboat over at marina on the Navy base.  Growing up in Libertyville, paddling the Des Plaines River Canoe Marathon was a right of passage for kids, so canoes have been part of the culture here forever..  One of the things we love about this business is that we’re seeing people at their best; they come in and have a vision of how a boat can change themselves in positive ways. Helping them to find the right tools is a totally fair use of time, seems to us.
LF/LB: Can you tell us how you are involved in the community?
MO: My daughter is a Lake Forest College alum, and we’re pleased to support LFC as well as DePaul, Columbia College, and Northern Illinois University, two of which I attended and the third where I work as a regular guest artist. In addition, I’m on the Board of Directors for The Cavaliers, a performing arts organization based in Rosemont, and are pleased that we can use proceeds from Offshore to support the programs there.
LF/LB: What are your plans for the future of the business?
MO: Key right now is introduction of a new line of kayaks from Sweden this spring. The Melker brand uses bio-composites to build their boats, with flax fabric and plant-based resins rather than fiberglass and epoxy resins. We’ve got a container of their boats on the way here now, and will be spending the summer introducing them to American paddlers. Past that, the schedule is already filing up with boats to be rigged and delivered, so we’re expecting it should be another pretty full year. 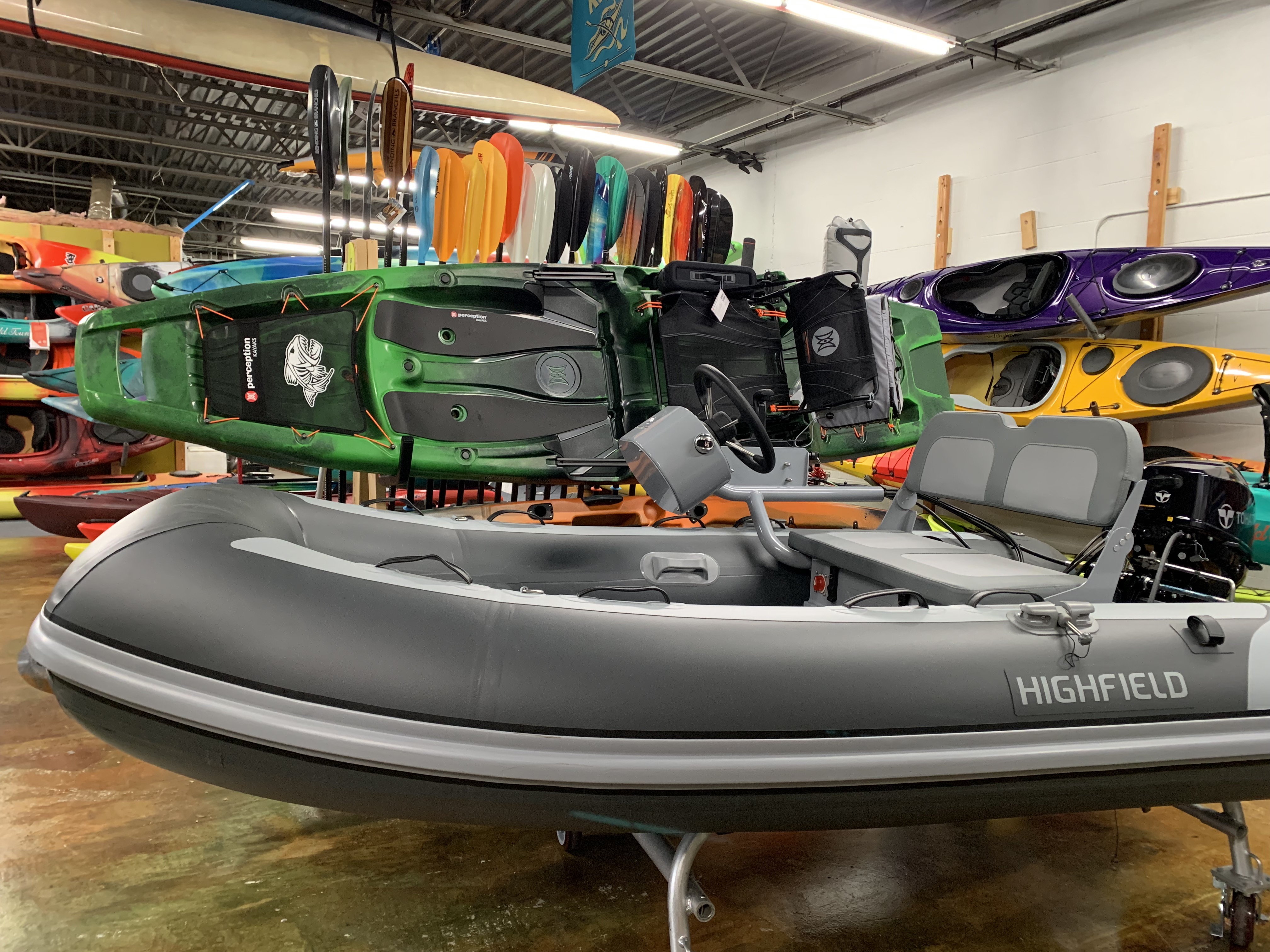